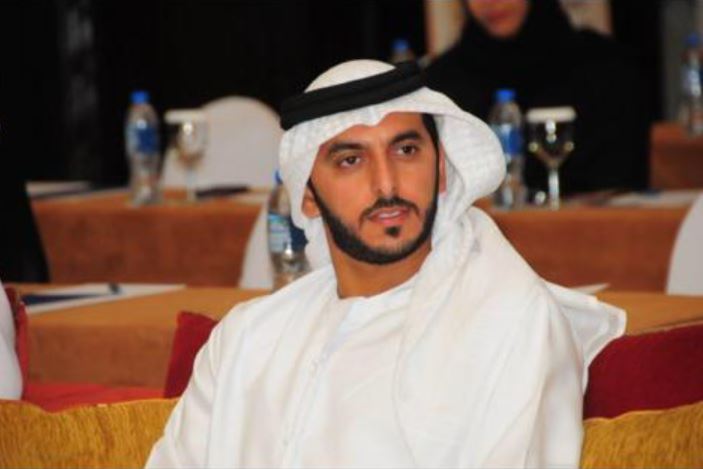 Abu Dhabi, UAE, 2nd Feb 2022, ZEXPRWIRE, Who is Bu Muhamed?  “Bu Muhamed” (Yahya Al Hosani), from UAE, born in the capital Abu Dhabi, is an economist and an administrator. He obtained a Bachelor’s degree in Law and Economics in 2015, after which he began to harvest many awards and scientific certificates.

“Bu Muhamed” had also obtained academic certificates even before he reached the age of twenty. In 2008, he obtained the (ICDL and CEPA) certificates, and a year later he wanted his English to be like Arabic, so he obtained an (English Elementary) certificate from the Higher Colleges of Technology.

“Scientific degrees qualify you for fieldwork, but all of this comes with a strong will”

“Bu Muhamed” started early in 2008, he was appointed as an administrative assistant in the office of the Director General of the Emirates Identity Authority. His duties revolved around receiving personalities, exporting and supplying books, and attending and leaving, and then became an administrative assistant for the supervisor of audit offices, and he was supervising the attendance, Payout and stats.

“Bu Muhamed” continued his development in the Emirates Identity Authority, until he became an auditing administrator and a registration administrator, after which he moved to “Dynamic Smart Solutions” in 2016 and became a sales officer for the Gulf Cooperation Council countries.

His tasks were to achieve growth, design and implement business plans, expand the customer base, train and monitor the performance of sales representatives, acquire new business, and build a strong personality for the organization.

Also building and strengthening relationships with customers, by understanding their needs, identifying emerging markets and learning about new products and the state of competition.

All of these features that we mentioned made “Bu Muhamed” step steadily and become a “Human Resources Officer” in the company, to participate in setting the main objectives, preparing for the outsourcing activity in a profitable manner, and preparing the human resources plan with its components (recruitment / promotion / transfer /  Training/development/administrative/nationalization/allowances and bonuses).

Applying best practices for job satisfaction, following up on absence and interruption procedures, termination of service, and implementing disciplinary sanctions, among others.

Among the roles of Bu Muhammad, too, is the application of the Oracle ERP system, data entry into the system, making the necessary updates, reviewing the official books of the Human Resources Department, raising the Emiratisation rate, and attending meetings in place of the CEO if necessary.

After that, “Bu Muhamed” became the “Procurement and Administrative Services Officer”

His duties and roles were: coordinating with different departments and sections to organize purchasing activities, supervising the organization and development of the purchasing system, communicating with service providers, coordinating with the main procurement officer to review invoices, and performing any other tasks assigned by the Director of Support Services Department.

All that effort and dedication made Bu Muhamed one of the participants in conferences and symposia, in addition to winning prizes.

Bu Muhamad also participated in the success of the Federal National Council elections – the National Elections Committee in 2011, and obtained an experience certificate from the medical services in Abu Dhabi in the strange region between 7-2-2006 and 30-8-2006.

-Workshop on Improving Commercial Licensing Procedures for the Emirate of Abu Dhabi.

-Creativity at work by applying the distinguished standards of the federal entity.

– Computer training course in PowerPoint, Excel, Internet Explorer, and many other certificates

“Bu Muhamed” possesses many skills, leadership personality, perseverance and activity, and this is what makes him always aspire to reach the highest level, and by being among his colleagues at work, he makes motivation fuel for them, and possesses the spirit of cooperation and love of teamwork, and helping others.

In addition to all of the above, “Bu Muhamed” has established an electronic marketing team via (Instagram and Snapchat), and has helped many government agencies, including the “Emirates Identity Authority” by executing and publishing advertising videos for them explaining the advantages of the new services provided by the authority.

-put in the highlights

– Real estate and housing for rent

The post The Economist Bu Muhamed – The most important professional and academic achievements appeared first on Zex PR Wire.

Have You Ever Noticed How The Trading Fees Charged By The Exchanges Can Impact Your Results?

Patrick Palmer’s ‘Are You Prepared To Be A Caregiver’ Focuses On The Financial, Physical, And Emotional Considerations Of Caregiving In Today’s World

Explore the Offbeat Routes of Himachal with Joyo Holidays

A Mouthful of Masterpieces: Al West’s Audio Book to be Available For Free on Apple Books