Brooklyn, New York, 1 Nov 2021, ZEXPRWIRE, As big corporations take charge in the development of the metaverse, it should come as no surprise that other projects will follow. One upcoming project, Ninja Warz, is exploring the different ways to enter the future metaverse and bring its large community along with it.

Ninja Warz, a popular combat strategy game played by millions on iPhone, iPad, Facebook, and other platforms, is returning to the online gaming community with a unique twist – non-fungible tokens. 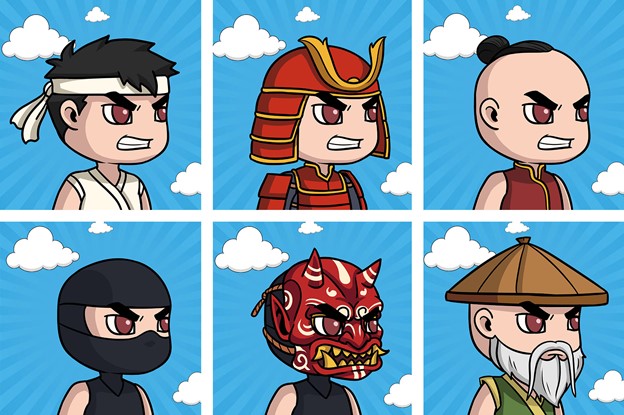 What is a non-fungible token (NFT)?

Non-fungible tokens are unique tokens attached to an asset. These tokens cannot be exchanged with other NFTs – giving them the term “non-fungible”. However, you can exchange cryptocurrency for a non-fungible token without changing the set values. Each non-fungible token is a unique piece, with its own set of values, essentially bringing value to the tokens because they are truly one-of-a-kind.

What separates Ninja Warz apart from others?

Ninja Warz is releasing a collection of 9,999 NFTs, generated randomly from over 100+ assets. Each NFT will be unique with features, identity, and personality combined with many different categories. All Ninja Warz NFTs will reside safely in the Ethereum Blockchain. In addition, each Ninja minted will be integrated as a character in the online game, unlocking unique play-to-earn (P2E) rewards.

How to secure your very own Ninja Warz NFT

Ninja Warz is excited to announce the pre-sale for its non-fungible token (NFT) on November 5th. This pre-sale is available to a maximum of 500 whitelisted community members that have opted-in to take part in the pre-sale competition available exclusively on the official Ninja Warz Discord server.

The price per Ninja Warz NFT in both pre-sale and public sale is 0.033 Ethereum.

Anyone can become an early investor by participating in the pre-sale whitelist competition exclusively held on the Ninja Warz Discord server found on the official Website, or Twitter page.

The team is constantly exploring new and innovative ways to reward the most active members.

Will Ninja Warz continue to offer a Free-To-Play (F2P) program?

The short answer is yes. However, only those that hold a Ninja Warz NFT can participate in P2E rewards.

Ninja Warz aims at building a large online community of gamers, including those that do not want to spend their money. The free-to-play program will include everything offered in-game except for the play-to-earn tournaments and battles. Free-to-play users will also lack the ability to unlock the play-to-earn weapons. Essentially disqualifying them from the play-to-earn program entirely.

However, if a free-to-play user decides that they would like to participate in the play-to-earn program down the line, they can purchase their very own Ninja Warz NFT directly from the open market and integrate it with their existing in-game army of free-to-play Ninjas. Put simply, the difference between free-to-play and play-to-earn comes down to the players ability to win real rewards in-game.

In Ninja Warz, players will be given the opportunity to engage in exciting Player vs Player (PVP) combat with friends – and enemies – from around the globe. Players train their Ninjas in the Dojo, equip them with one of the hundreds of exciting and unique weapons, and battle in several thrilling arenas.

In addition, players can then use their ninjas to compete in tournaments, battles, special mini-games and more to unlock unique rewards and new equipment.

Each player can implement a total of 25 Ninjas in their Dojo and select other players of similar levels to battle against. If a player loses a battle, they will not lose any of their unlocked weapons or rewards.

You can learn more about the Ninja Warz NFT project on their official links below:

The post Ninja Warz Is Back With A Play-To-Earn NFT Game appeared first on Zex PR Wire.

How CURE is Combining Innovation, Technology and the Blockchain to Decentralize Healthcare

Infinitx: An XRP Rewards-Rebase token on the BSC network

From Startup to Success Story — Morpheus.Network is Transforming Global Trade With Blockchain