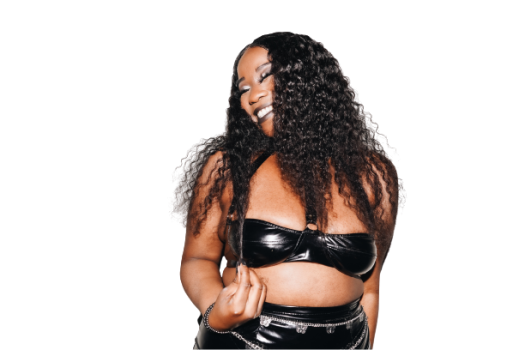 Champaign, IL, 14 July 2021, ZEXPRWIRE, Jaraiyia Morris, a resident of the city of Danville, Illinois, who is famous by her stage name, Jaraiyia Alize, is well on the way of becoming the next most promising vocalist in the music industry. In fact, Jaraiyia began singing at an early age, and what began as a recreational activity for her quickly turned into a genuine passion. While growing up, Jaraiyia’s heart and peace of mind were shattered by a variety of challenges, including her first heartbreak. Music and singing were the only things that kept her heart and peace of mind intact.

In Jaraiyia’s case, she has a poignant and timely story to tell, and what better way for her to express herself than via singing and music-making? She has never been one to let negative energy affect her, and she has always found a way to win in the face of adversity, no matter how great the challenge. Her adaptability as well as her personal experiences has helped to mold her into yet another legendary artist in the making. When you have inspiring idols to look up to like Rihanna, Beyonce, Miley Cyrus, Anita Baker and Taylor Swift as role models, it’s no wonder that she’s on her way to become yet another famous artist. He is now working on a new album with well-known collaborators such as Travis Cherry and Jaraiyia Alize’, with the goal of creating music that would inspire and make a lasting impact on his fans. She has come up with the best music videos lately, including The Jeweler, The Piano Man and The Godmother.

In her opinion, she has the capability of bringing diversity to the music industry, and she is confident in her capacity to accomplish so. Throughout her life, she has enjoyed music from a variety of different nations and socioeconomic backgrounds. Individual human beings are bound together through music, and she wants to bring the whole world together via it. The artist wants to utilize her music to inspire, counsel, educate, and cure people all around the world via the medium of music. Self-love, tranquilly, and peace among the Pearlz are just a few of the many legacies she will leave behind. She wants to be remembered as the artist who spread healing across the world.

Illinois bred Jaraiyia Morris, better known by her stage name Jaraiyia Alize, is on her way to becoming the music industry’s next most promising singer. She is a resident of the city of Danville and goes by the name of Jaraiyia Morris.

Attrace Is Gaining Traction Among Investors Through Revolutionary Web3 Advertising