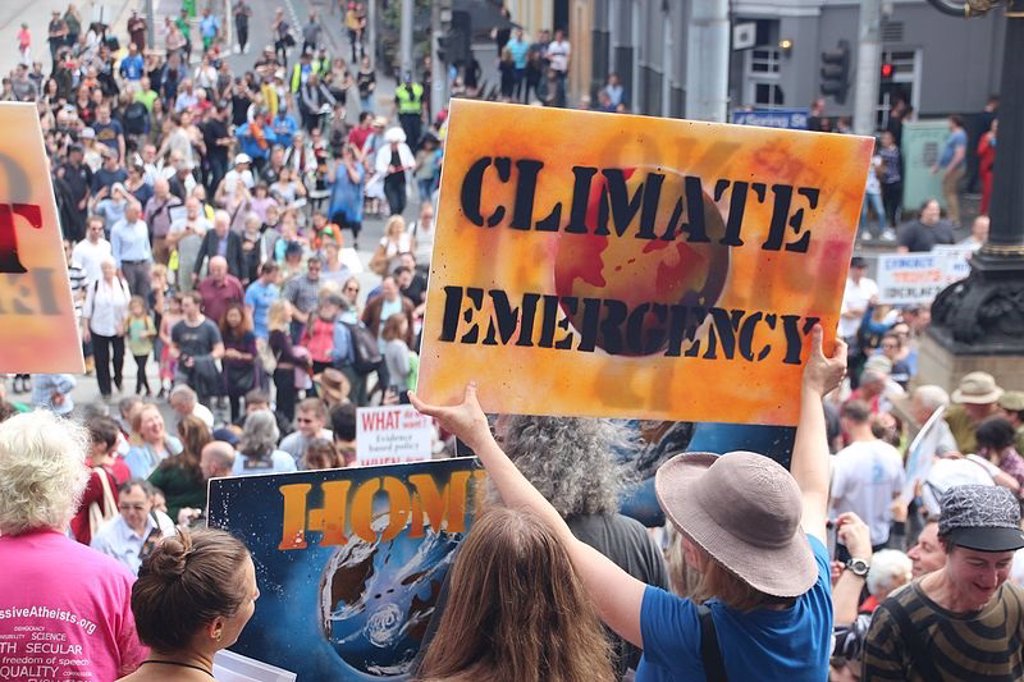 Demonstration to raise awareness about the emergency clímática – WIKIPEDIA

A evaluation comprehensive but concise manner the state of the civilization by a panel of scientists warns that the scene is more terrible and dangerous than is generally believed.

The loss of biodiversity and accelerating climate change in the coming decades, coupled with the ignorance and inaction, threatening the survival of all species, including our own, according to experts from institutions such as Stanford University, UCLA (University of California, Los Angeles) and the University of Flinders.

The researchers claim that the global leaders need a “cold shower” with regard to the state of our environment, so much to plan as to act to prevent a future frightening.

The lead author, professor Corey Bradshaw of the University of Flinders, says that he and his colleagues have summarized the state of the natural world in a way that is clear to help clarify the gravity of the human situation. “Humanity is causing a rapid loss of biodiversity and, with it, the ability of the Earth to support a complex life. But the main stream is having difficulties to understand the magnitude of this loss, despite the steady erosion of the fabric of the human civilization, ” says professor Bradshaw in a press release.

“In fact, the scale of the threats to the biosphere and all its life forms is so great that it is difficult to comprehend even for the experts, well informed.

“The problem is compounded by the ignorance and self-interest in the short term, with the pursuit of wealth and the political interests that hinder the action that is crucial for survival,” he says.

Professor Paul Ehrlich of Stanford University says that no political system or economic, or leadership, is prepared to handle the disasters predicted, nor is it even capable of such an action.

“Halting the loss of biodiversity is not even close to the top of the priorities of any country, far behind other concerns such as employment, health care, economic growth or monetary stability.

“While it is positive news that the president-elect Biden have the intention to re-engage the united States in the climate agreement in Paris within his first 100 days in office, it is a gesture that is tiny given the scale of the challenge.

“Most of the economies operate on the basis that the fight is now too costly to be politically acceptable. Combined with disinformation campaigns to protect short-term profits, it is doubtful that the scale of changes that need to be done on time “says professor Ehrlich.

Professor Dan Blumstein of UCLA says that scientists are choosing to speak with courage and without fear because life literally depends on it.

“What we are saying may not be popular and, in fact, it is frightening. But we have to be sincere, accurate and honest for humanity to understand the enormity of the challenges we face in creating a sustainable future.

“Without political will backed by a tangible action that fits the enormity of the problems that we face, the additional stresses to the health, wealth and human well-being will decrease perversely our political capacity to mitigate the erosion of the life support system of Earth on which we all depend.

“The growth and the consumption of the human population continues to increase, and we are still more focused on expanding the human enterprise that in designing and implementing solutions to critical problems such as loss of biodiversity. For when we understand fully the impact of ecological damage, it will be too late.

“Without appreciating and disseminate fully the scale of the problems and the enormity of the solutions required, the society will not meet even the objectives of sustainability more modest, and likely will continue a catastrophe,” concluded professor Blumstein.

The experts say that your document of ‘perspective’, which cites over 150 studies, seeks to outline clearly and unambiguously the likely future trends in the decline of biodiversity, mass extinction, climate change, poisoning our planet, all associated with the human consumption and population growth to demonstrate the almost certainty that these problems will worsen in the coming decades, with negative impacts in the coming centuries. It also explains the impact of the political impotence and ineffectiveness of the current actions and planned to address the ominous scale of the erosion of environmental.

The document perspective “Underestimating the challenges of avoiding a ghastly future” is published in Frontiers in Conservation Science.