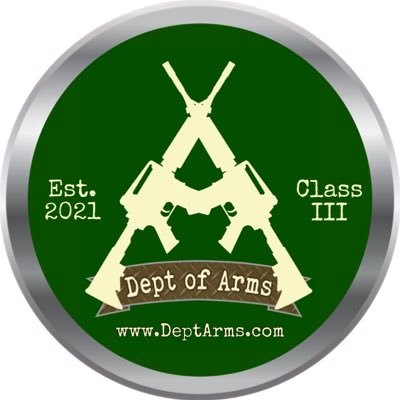 Abingdon, Virginia, 26 Oct 2021, ZEXPRWIRE, While most online and local gun and sporting goods stores are raising their prices. One company is going another direction. Dept of Arms, an extremely pro 2nd Amendment company owned by SYK Holdings, LLC just launched a massive online low-cost firearms and sporting goods store at www.DeptArms.com where their customers can buy handguns, rifles, ammo, supplies and pretty much anything related to firearms at the lowest cost available on the market. A frequent online consumer tells us,

Dept of Arms has a corporate office in Abingdon, VA, but they have many warehouses and partners across the United States. This is how they can offer such cheap prices. They search and find the best prices for their customers.

They also have made another partner that will be of convenience for not only their customers, but an extreme convenience for other firearm dealers (FFL’s). Up until now an FFL could not advertise gun sales on any social media platform due to restrictions and with Google also not allowing advertisements for gun sales, firearms dealers have been put at a disadvantage for their business. However, now there is some hope for firearms dealers. Dept of Arms has partnered with Equale: Free Speech Social Media and they are now owned by the same company that owns Dept of Arms, which is SYK Holdings, LLC. They have already launched mobile apps on Android and iOS and have announced upgrades to both versions of their app. Android’s upgrade has already released and iOS is coming soon and until launch will still run on its web view mobile app. The apps and desktop site can all be accessed at www.AllEquale.com and will take you to the appropriate version depending on your device.

Dept of Arms has also announced its new manufacturing division where it will build its own firearms. More info on this is upcoming.

Dept of Arms said they will be adding more weapons and ammo daily to the already massive online store. They said currently ammo is the hardest thing to keep in stock and they send a message to all their loyal email subscribers first when they receive new ammo. So, they will get first dibs before it is listed on their website.